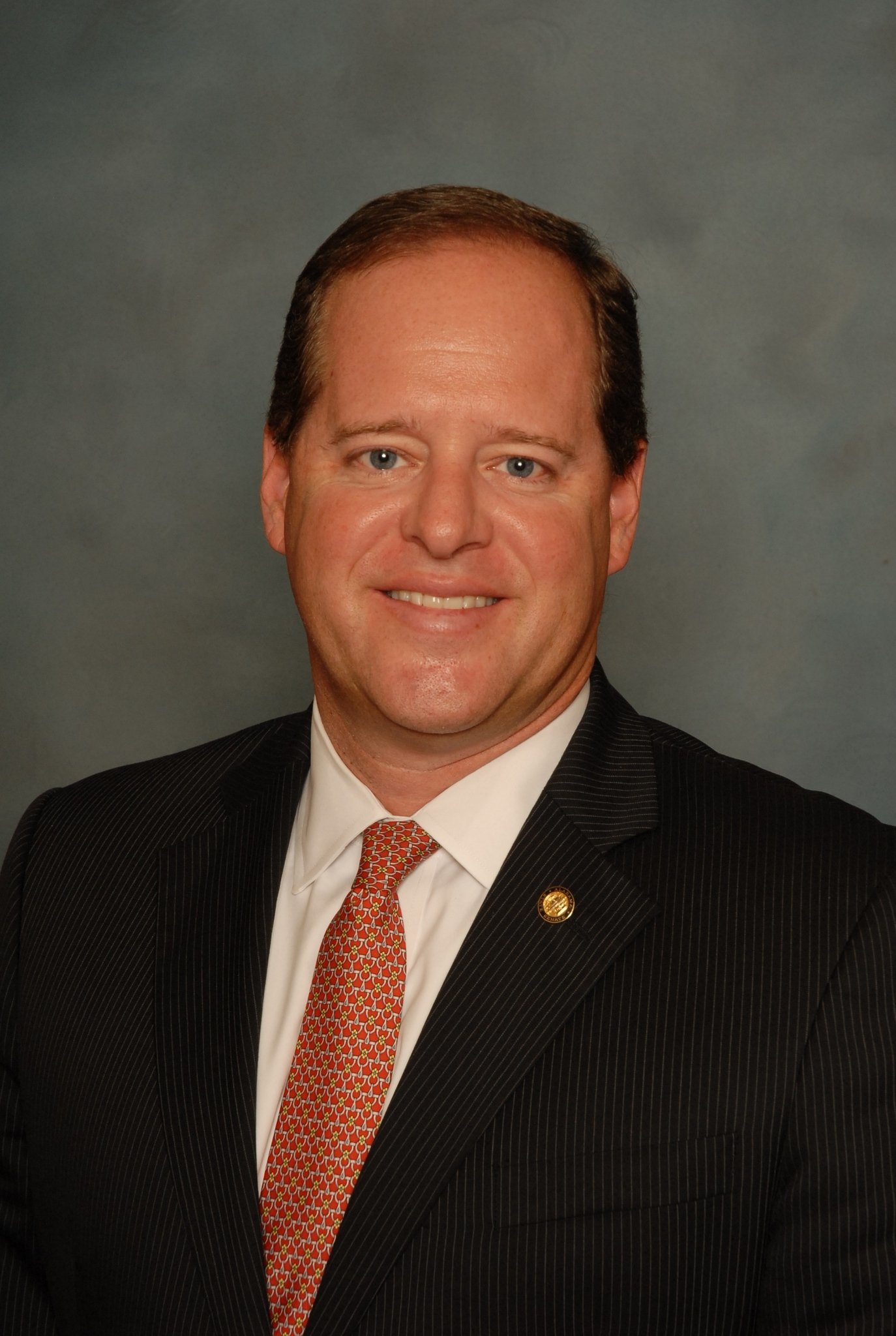 State Senator Cam Ward is an Attorney who specializes in economic development and has always been dedicated to whatever cause he committed himself to. Born in Milton, Florida, Cam went to public school in Bradford County, Florida and was captain of his high school track team, where he set five school records in distance running.

Cam first became interested in public service when he volunteered to serve on the first Student Government Association ever created at his middle school. At the time, he felt like there were many problems with facilities but no one would listen to the students’ concerns. To this day, Cam’s motivation for being involved in public service is that he feels that too many problems exist in our community and so many public officials do not listen to those they represent to address those problems.

In 1989, Cam received a Leadership Scholarship to Troy University. He quickly got involved in student activities, first as a member of the Sigma Chi fraternity, then later served two terms as President of the Troy University Student Government Association. In between, Cam was active in several academic honor societies related to his studies in International Relations. During Cam’s last year at Troy, he rose to become State Vice-Chairman for Alabama College Republicans, where he was active in volunteering for different conservative candidates across Alabama.

As Cam finished up his last year at Troy he met his future wife Julie Cain. They both served in student government together, and she majored in Journalism. They married in 1994.

In 1993, Cam was admitted to Cumberland School of Law. In law school, Cam excelled in Constitutional, Corporate and Criminal law. This would serve him well during his later service in the Legislature. Upon graduation from Cumberland, Cam was admitted to the Alabama State Bar, where he has served on numerous committees over the years. Cam frequently visits Cumberland each year to address classes of students on the law and was named Cumberland Outstanding Alumnus of the Year in 2011.

His dedication to the practice of law led him to be appointed Deputy Attorney General by former Attorney General Bill Pryor. In his work, Cam was assigned to the Alabama State Auditor’s office where he served as legal counsel. Later he went to work as Assistant Secretary of State dealing with election laws and corporate filings. Then after moving to Shelby County, Cam returned back home to work for Congressman Spencer Bachus as his District Director. The Wards bought their first home together in Alabaster during the peak of the county’s continued growth in 1996.

In 2000, Cam was selected for a Marshall Memorial Fellowship in Europe. He studied at several capitols throughout Europe, including the European Parliament in Brussels.