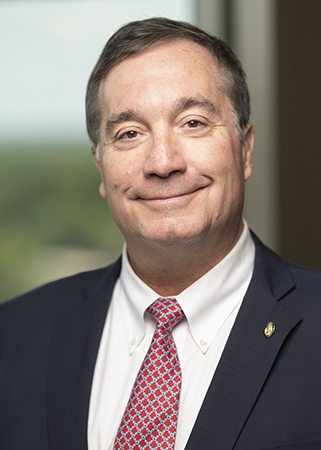 Senator Dan Roberts represents Senate District 15, which includes Jefferson, Shelby and Talladega counties. He has served in this role since 2018. In 2019, Senator Roberts was named “Legislator of the Year” by Alabama Utility Contractors and “Policy Warrior” by the Alabama Policy Institute. He currently serves as co-chair for the Senate Transportation & Energy committee and sits on the Senate committees for Governmental Affairs, Healthcare, Banking & Insurance, Children, Youth & Human Services and Fiscal Responsibility & Economic Development. Senator Roberts also served as a co-chair for the Joint Legislative Task Force on the Tax Cuts and Jobs Act.

Dan has been married to Anne Griggs Roberts for 39 years and they have three sons, two daughter-in-laws and six grandchildren. Roberts graduated from Auburn University with a Bachelors of Science in building construction and worked for Blount International in Alabama, South Korea, and Saudi Arabia. He earned a Masters of Science in real estate development and urban affairs from Georgia State University. While in graduate school, he started a successful international trading company with an office in South Korea doing import and export work. After a season with Jim Wilson and Associates in Montgomery, he founded his own real estate sales and development firm in Birmingham. He was a member of the Fellowship of Christian Athletes at Auburn and in the Auburn Student Government Association as a Senator, Vice President, and Moderator of Simulated Model United Nations.